Billed as ‘the world's toughest team relay race’, the annual Red Bull Dolomitenmann is an endurance race unlike any other—and a guaranteed adrenalin rush for both competitors and spectators.

Let’s rock the Dolomites: The Dolomitenmann (‘Dolomites Man’) relay race has been run yearly since 1988. The Red Bull Dolomites Man will be held in in East Tirol’s capital Lienz. Like all relay races, it’s divided into legs – but they’re not what you’d expect:

Every year, about 100 four-man teams, often internationally-comprised teams enter the race, hungry to be the first to cross the finish line after covering a combined struggle of mountainous terrain across the Austrian Dolomite Mountains. The mix of teamwork and camaraderie, the unique challenges across multiple forms of terrain, and the sprinter-like energy each athlete brings to their leg makes the Dolomites Man an endurance race unlike any other—and a guaranteed adrenalin rush for both competitors and spectators. The teams are fighting for their chance of glory – and for the highly coveted title of “Red Bull Dolomites Man” against rushing torrents, severe winds and extreme terrain.

Registration:  You can register for the event via this link

More information on this event can be found on the website of the organizer. 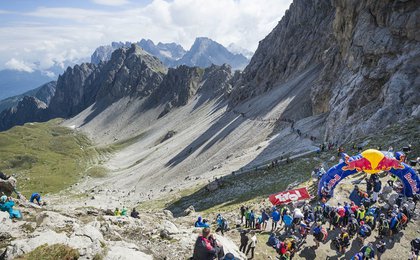 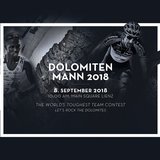