Biliovo is considered as one of the most well-preserved traditional cobblestone paths of Greece, unique in its kind, it is classified as a folk architectural monument. It was created by local artisans in the early 20th century in an effort lasted 25 years! It has been a vital boost for the local social and economic growth since it linked the higher with the lower villages of western Mani.

Our hike starts from the village of Altomira on the outskirts of the southwestern Taygetos. While descending on its curly way of 75 turns, images from the past unfold when locals were passing through the path carrying water and goods from their fields to their houses with the help of patient mules. The natural environment around in and the elevation since in some parts the cobble path has been built on 70% slope, offer awesome views. While walking through the old path our gaze extends to all over Messinia lapped by the blue Mediterranean. From the villages of Mani and the city of Kalamata to Koroni and Cape Akritas. Midway we stop to rest and taste a homemade picnic of local delicacies and fresh fruits enjoying stunning views. 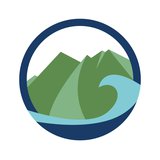 Preikestolen Hike - Off the Beaten Track