Read 2 reviews of this tour

The Moose are quite shy and are easily scared back into the woods, but normally they are quite co-operative and allow us to get quite near. We know the habits and life of the moose and where we have the best chances to see them. We go by car or a small bus to areas some 40 km away from Bodø. The moose safari trip will also include a stop by Saltstraumen, the strongest maelstrom in the world. You can walk the bridge and look down in to the powerful whirlpools.

The moose is Europe’s largest land animal, also the largest member in the deer family. A fully grown bull are over 2 meters high at the shoulders and weighs up to 750 kg (1650 lb). Cows seldom weighs more than 470 kg (1035 lb). The moose is called Elg in Norway, but the moose is not comparable with the American elk. The elk (cervus canadensis) , however, is an entirely different deer (much smaller).

The absolute best season for a moose safari in Norway is summer. Our guarantee to you is: No moose seen, no pay! 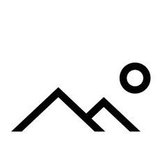 Hiking - Day Trip to Åselidalen in Bodø - “The Hidden Valley”